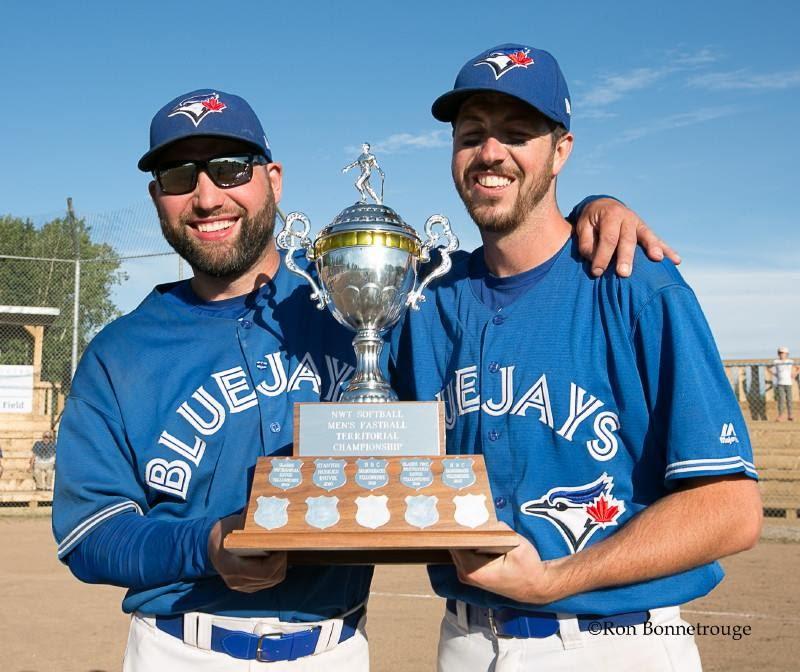 Yes, this is a 5 part series on the best of the best from YK Fastball league; I might be insane for undertaking this. All in all we’re looking at about 10,000 words on you fastball idiots.

(Confession time:  Despite what I said in my initial intro, I actually started working on these rankings back at the beginning of the 2018 season so they’ve been in the works for about 8 months now.  Hopefully I actually get them finished and published before the 2019 season rolls around.)

As we head into the upper half of the rankings, let’s take a look at players 100 – 51 on the list.  These guys either put up fantastic stats over a short period of time or played most of the seasons in order to pile up some bigger cumulative numbers.  There are a lot of well-known names in today’s section as well as some impressive one-hit wonders. We’ll cover them all with a brief comment on everyone.

100. Chris Cahoon – Unfortunately Chris had his break-out season in 2018 when we decided to stop keeping stats. At least you’re in the top 100 Chris, you’ve got that going for you.

99. Tyler Blewett – It was all downhill when he left the watchful eye and calm leadership of Mr. Darin Strain. The moment he chose to leave the Diamondbacks to join the Orioles was the moment any flicker of hope of greatness was extinguished.

98. Rob Foote – Perhaps 2019 is the summer we coax Rob out of retirement and back onto the mound?

96. Paul Rivard – A solid showing for only having two and a half years under his belt.  Paul should continue to rise up the rankings as he hones his batting skills.

95. Jenn Lukas – If there were bonus points in the algorithm, I’d bump Jenn up about 50 spots for all the work that she puts in with the next generation of fastball players in YK.  Your efforts are appreciated!!

94. Alex Brockman – Let’s take a look at some of Brockman’s career highlights: https://www.youtube.com/watch?v=qukxwQ6-kVg

93. Byron Kotokak – Byron is the lowest ranked player with at least 1 in every category included in the rankings.  I’m not sure if that’s something to be proud of but it is something.

92. Mischa Malakoe – I’m surprised the Mischa is this low on the list.  I think it’s a combination of a few factors:

91. Chris Aitken – Remember when the Slo-Pokes were a team? Good times. Not as good is trying to come up with something to write for all of their players that make their way into the top 100.

90. Joe Tkachuk – Who knew that this legend had 7 games played in our stats?  Or that he hit .500 over that brief stint? Nicely done!

89. TJ Loeppky – Unfortunately after undergoing knee surgery this winter, TJ won’t be back on the field this summer and will instead have to focus on the continuation of his beer gardens excellence.

88. Jason Jonasson – The 50 to 100 range is officially the one-hit wonders range of the countdown. So many players in this point in the countdown who appeared briefly, had a few shining moments, and then disappeared from the league just as quickly, never to be remembered again… except in random Dr. Rug countdowns.  Congrats JJ.

86. Roy Hawkins – Apparently Roy had 4 dingers in 40 at bats in the 2012 season for the Red Sox (aka Trappers).  Who knew? He also led the league in strikeouts that season with 15.

84. Barry Bessette – Another oldtimer cracking the top 100 of the list.  It’s nice to see Barry showing up just ahead of Devon on the list.

82. Brent Hinchey – The first Hinchey to appear on the list. We won’t be getting to the other three until quite a bit further down in the list.

81. Roadie – Every time I think of Roadie and fastball I always remember his epic throw that picked off Jon Whitford when he was coaching first base.  That’s got to be a top 10 YK Fastball highlight (or lowlight depending on your perspective) of this century.

80. Russ Robertson – I’m not entirely sure where these numbers came from but I’m just as surprised as you are to find out that Rusty had a OPS over 1.000 and is higher on the list than other Cardinals legends like Jaden and Cahoon.

79. Josh Brown – Josh Brown is essentially the Sub-Arctic fastball team compressed down into a single individual.

78. Mardie Graham – Is it just me or does anyone else feel like Mardie’s game hasn’t changed whatsoever in 20 years? He’s essentially the exact same player he’s always been, with the same repertoire and skills. How many more years of this can we expect Mardie?

77. Keegan Shea – Did you know that Keegan Shea finished 6th in the batting race in 2012, the final year of the Pirates? I’m willing to bet that without looking it up, there’s not a single one of you that can guess the league leader that season.

76. John White – I thought John would be higher on this list… it was probably the mandatory “Trappers Penalty” that dropped him down to #76.

75. Mike Allerston – I think if we combined Shannon’s stats from the wood bat tourney the Allerston couple might make a run at the top 50.

74. Brandon Coates – One of the key pieces of the Optimum Crush Rockies historic 2016 title run.  How glad are we as a league that the Rockies won their title in 2016 instead of 2015 so we’re not stuck with Jerrie’s Delivery Rockies on the championship trophy?

73. Geno Holick – A full 73 spots higher than Braden on the list. I’m not sure if I’m more impressed for Geno or embarrassed for Braden?

72. Spencer Rivers – We have exactly two Spencers that have played in the league, what are the odds that they’d wind up back to back in the rankings?

(yes, we’re at that point in the rankings where I have no idea what to write about half of the guys on the list so I’m making up random inane commentary)

71. Spencer Lyman – With multiple knee surgeries now under his belt, I would highly recommend a move away from the diamond towards the third base coaching box.

70. Dave Colbourne – His skill in the field was surpassed only by the incomprehensibility of his accent.  Davey C. was probably the most consistent defensive player in the league during his playing time and his 1.352 OPS shows that he was no slouch at the plate either.  His ranking suffers due to the fact that he only has one season of stats in the books, but that one season was good enough to make the top 70.

69. Curtis Gibeau – Of everyone that has at least one full season of stats in the books, Gibeau is in the top 5 overall in lowest strikeout rate.  He struck out only 4 times in 146 plate appearances. The other four names in that top 5 finished 42nd, 12th, 11th, and 7th in the rankings.  That’s some pretty good company.

68. Scott Thomson – No words necessary for this guy, the cleats say it all.

67. Carter Stirling – There are three people in the top 100 that have a higher on base percentage than they do slugging percentage.  Carl Bulger with his zero extra base hits. Rob Johnson. And Carter Stirling. This is not a surprise.

66. Ron Chiasson – Another slo-pitch legend who made the jump to the league as part of the upstart, Slo-Pokes franchise. Hopefully this minor league pipeline continues to feed players into the league even without the Slo-Pokes squad.

64. Devin Penney – Is there any team that Devin hasn’t suited up for in the YK Fastball league?  This guy gets around more than Matt Simms did in highschool.

63. Derrick Sangris – Fun question for everyone out there, how would you rank the families in the league?  Obviously the Hincheys are taking home the top spot but after that you’ve got the Couvrettes, MacNeils, Sangris (Sangrises?  Sangri?), Strains, and Waughs all battling it out for second place.

(Dr. Rug Note: If I run the numbers through my algorithm (which was designed for individuals, not combined stats) the rankings come out as follows:

62. Carl Bulger – Would you have ever guessed that Carl was third overall in batting average?  Sure it was only over 13 at bats, but still, a .615 average is legendary!

61. Brandon Voudrach – In 14 at bats in his career, Brandon had 7 hits, only one of which was a single.  Giving him an incredible 1.143 slugging percentage, good for third overall, and good enough to slot him in at the 61st spot in the rankings.

T-59. Rob Johnson – Surprisingly this was the only tie in the entire rankings. @Rj2bagger and @RCSheppy. Makes sense, they’re essentially the same player.

T-59. Ryan Sheppard – Sheppy has a little more power, Rob has a little higher on base percentage… both are overrated on defense and about a year away from fastball retirement.  As I said, essentially the same player.

(Dr. Rug Sidenote: Who is going to be more offended by me calling them the same player, Sheppy or Rob?)

58. James Pugsley – Surprisingly, Pugsley has 5 stolen bases in his 18 games played which (according to Jimmy) is good enough for 8th place overall.  Perhaps nothing is more indicative of Jimmy’s inability to record stolen bases than the fact that over a 7 year span, only one player has double digits in steals, Ricky Morrison with 19.

56. Todd Moran – Obligatory mention that catching skills and clubhouse presence do not factor into the rankings or Todd would undoubtedly be much higher on the list.

55. Jordan Griffin – Of all the players in the top 99 with at least 20 at bats there are only three that have zero triples.  Not surprisingly the first two are Bruce Waugh and Paul Gard… the third one is Mr. Griffin. That’s some speedy company you’re in with there Jordan. However, his power was right there with those other two legends as well; with 6 home runs in 53 plate appearances, Jordan’s rate of a home run every 8.83 plate appearances was the best in the league.

54. Matt Mossman – One of the most underrated players in the league.  If I was starting a team from scratch, Mossman would be one of the guys I’d try and sign.  It helps that he doesn’t seem to age at all as the years go by.

53. Carson Roche – It’s amazing to me that second in total strikeouts wasn’t someone like Matty K, Tyler Blewett, or Dennis Marchiori… it was Carson Roche.  Hey, at least you finished in the top 5 in something, right Carson? Maybe if you had the next guy on the list priming up the pitchers like he primes up the ladies for you at the Racquet Club, you’d be a little higher in the rankings…

(Dr. Rug Note: Even more amazing than Carson finishing #2 in total strikeouts is the fact that Kevin Vallillee finished in the top 10 in K’s.  Yes, it likely has something to do with him having the most plate appearances of any player, but still, incredible.)

52. Mark Whitehead – Falling just outside the top 50 in the rankings, Mark “50 Shades of Grey” Whitehead will always have claim to one of the best nicknames in YK Fastball history courtesy of the Dirty Mitts.

51. Aaron Plotner – Since fully embracing the “biking in the summer, boarding in the winter, working as little as possible” lifestyle, Plotner’s fastball skills have really blossomed. If only we all could subscribe to such a lifestyle, just imagine how outstanding the level of play would be.

And I shall leave you with that beautiful dream lifestyle for today… be sure to tune in next time as we crack into the top 50!!!